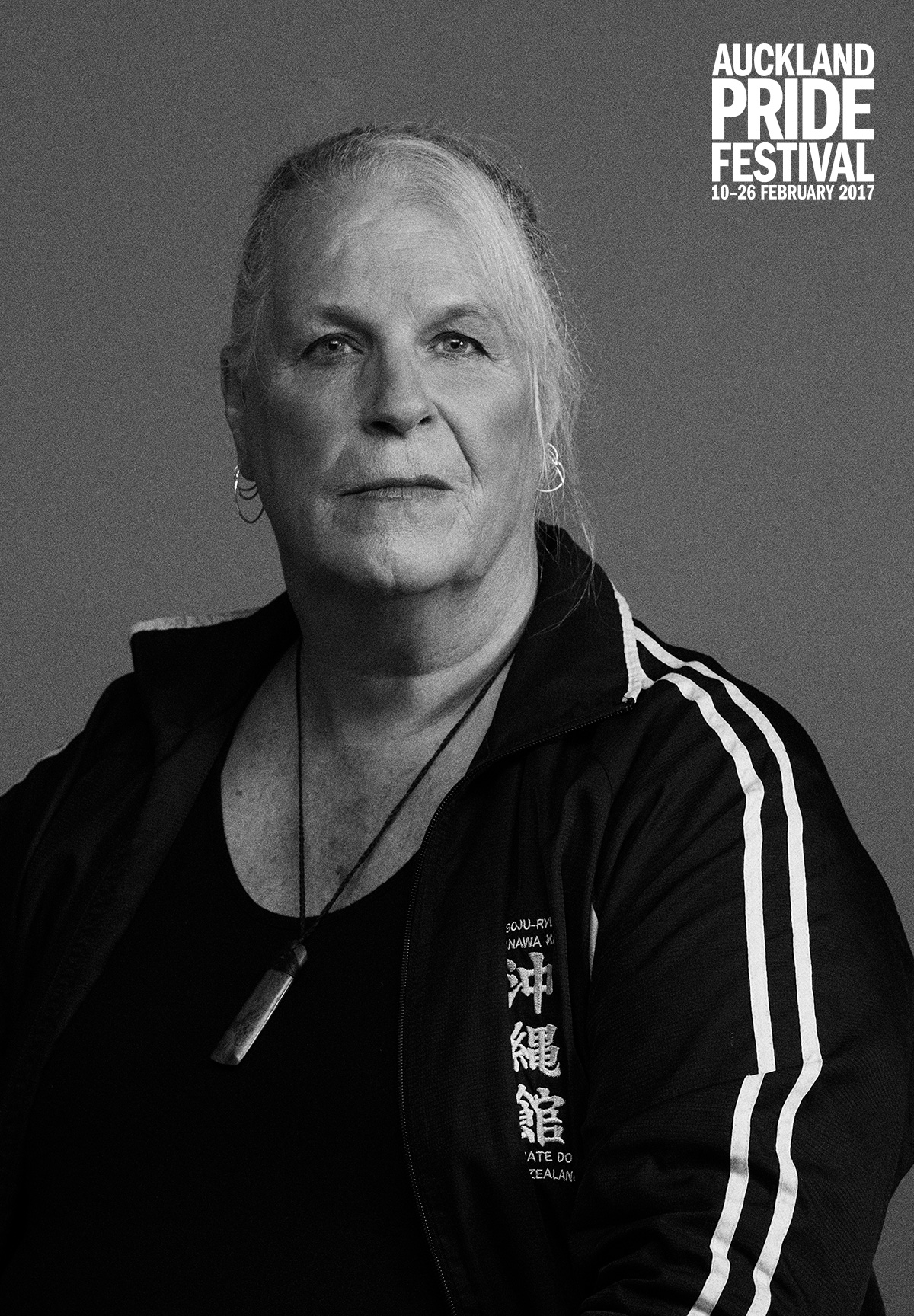 What issues are most important to you?

Action on poverty. Gender Identity formally added to the protections in the Human Rights Act. A change of government. Trump, and those like him, gone.

What achievement are you most proud of?

The work done by the Rainbow Communities Advisory Panel, Auckland Pride returning to its activist roots, having my work (and that of others) acknowledged when I was made an Officer of the New Zealand Order of Merit.

My spouse and my son, my whānau, my whakawahine sisters, so many mana wahine, No Pride in Prisons, my socialist comrades, those who stand up and fight back against oppression.

Anything by Elizabeth Ziff or BETTY. I’ll get slaughtered for this, but I love the theme from The L Word.  And the message buried in Joni Mitchell’s Woodstock:

View All Events ›
Note: You are viewing the website for the 2017 Auckland Pride Festival. Visit aucklandpride.org.nz for the most current Festival website.