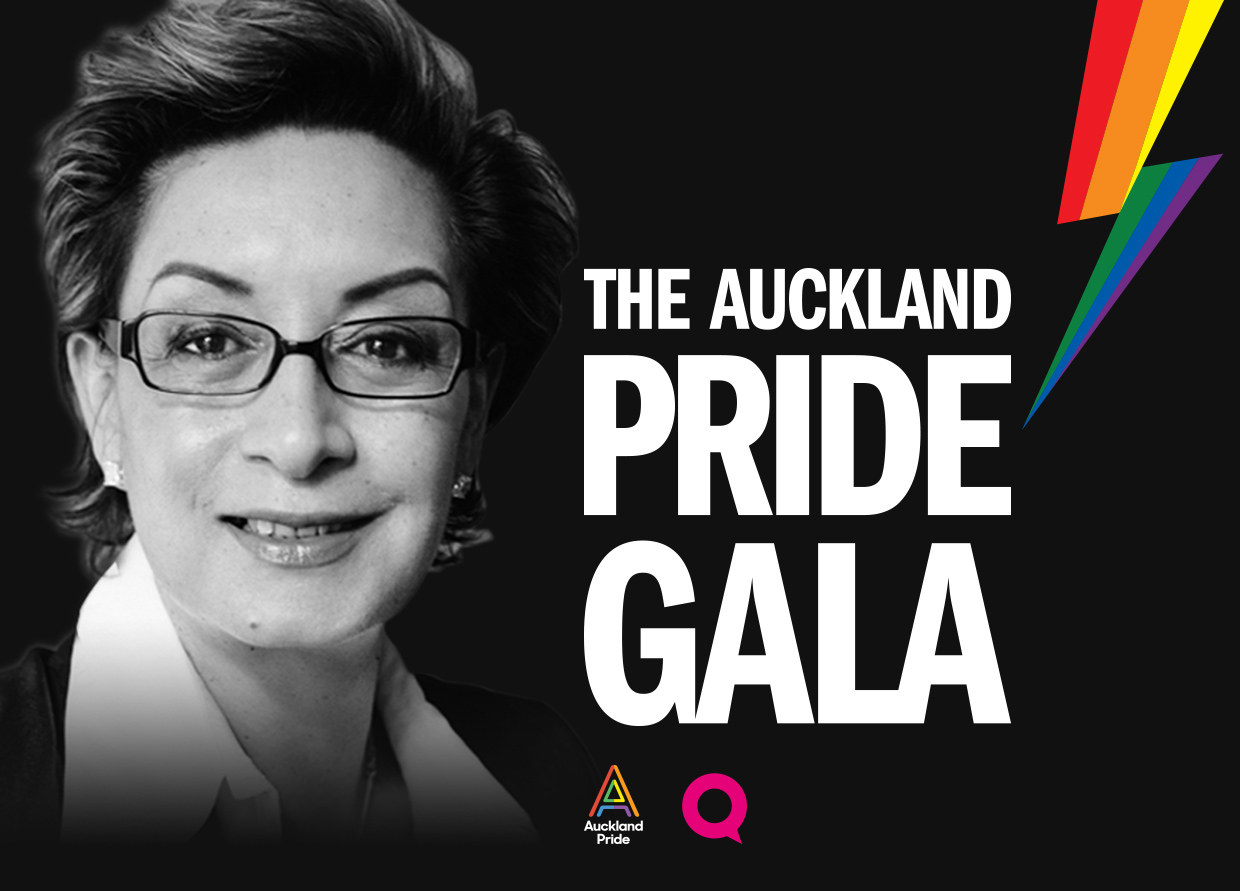 After a one-year hiatus – and in response to overwhelming public demand – The Auckland Pride Gala returns to the glamorous environs of Q Theatre on Queen Street for the official champagne cork-popping opening of Auckland Pride 2017!

The Auckland Pride Gala is a best-of-the-fest black-tie extravaganza, showcasing the most dramatic performances and devastatingly talented performers whose full-length works feature within the Auckland Pride Festival programme – plus a pantheon of guest appearances from rainbow community icons.

In keeping with Auckland Pride’s kaupapa of progress and change in 2017, this year’s Gala will be hosted by New Zealand’s beloved trailblazing transgender politician and superstar Georgina Beyer – accompanied by the voice of a new generation, respected young Fa’afafine performance artist, community worker and Auckland Pride Board member Jaycee Tanuvasa.

Outspoken performers from the 2017 Auckland Pride Festival programme will include Eli Matthewson from The Great Auckland Pride Debate and Bear New Zealand Week Comedy Night; Rock & Speir; Cole Meyers from Same Same But Different; Eddie Elliot from Intuition for Aroha ’17; as well as enticing excerpts from CAMPING, Legacy Project 4, Pardon Me Alan Turing, Ze: Queer As Fuck ­– and more to be announced!

This year’s Gala is directed by Borni Te Rongopai Tukiwaho from Te Pou Theatre – a community-focused facilitator of safe spaces for authentic, empowering storytelling – who also directed the popular trans-musical People Like Us during last year’s Auckland Pride Festival.

The 2017 Auckland Pride Gala is a once-in-a-lifetime opportunity for the LGBTIQ+ people of Auckland to show up, show off and show their love for the remarkable Georgina Beyer, who has been a shining light for progress and the physical embodiment of change in our communities for so long.

You can make a difference.  Join the movement and feel the love at The Auckland Pride Gala 2017.

“Well that was a hell of a good night.”
– GayNZ.com