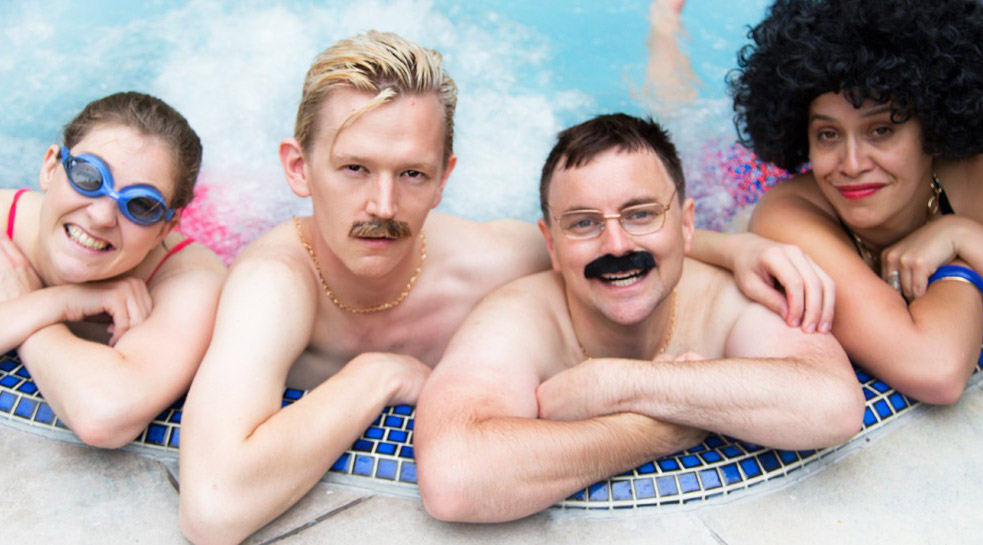 After its sell-out season in the 2016 International Comedy Festival, Parker and Sainsbury’s cult-hit comedy CAMPING is coming back to Auckland.

Les and Fleur are a middle-aged couple bored as hell with each other.  Francis and Connie are newly-weds morbidly afraid of intimacy.  They’ve double booked a romantic camping retreat in the middle of nowhere.  As a storm brews outside, cocktails are shaken, catfights ensue, tantrums are thrown and deep sexual desires bubble to the surface like the lovers jacuzzi.

In the tradition of the Carry On films and The Rocky Horror Picture Show, CAMPING is New Zealand’s very own new camp cult-hit!  Chris Parker and Thomas Sainsbury (Hauraki Horror, The Opening Night Before Christmas) have penned over-the-top kiwi melodrama stuffed with sexual innuendo, psychedelic salads and plenty of campy puns.

“If this show returns – miss it at your peril.”
– Express