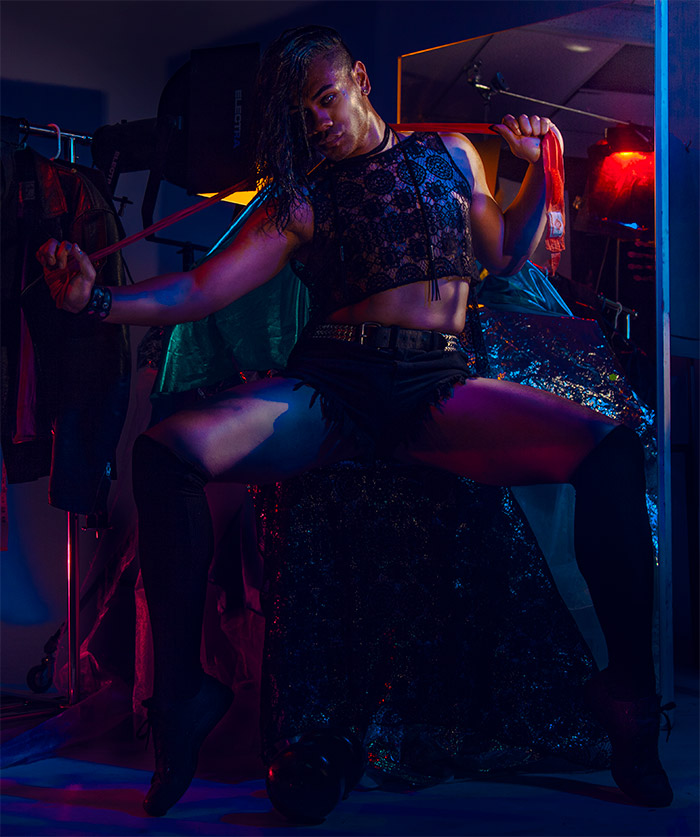 FEMSLICK is a series of vignettes set against underground Vogue Culture in New Zealand.  Flexing urgency and vitality, this world is dripping in body politics, culture vultures, urban aesthetics and lots of Banji realness.

Told through movement, soundscape and urban material culture, this devised work scrutinises redundant gender norms and tired cultural codes with vivid and timely responses that pull no punches.  Unpacking the complexities of queer brown bodies as they navigate cultural and social space in real time.

Synced to the rhythmic pulse of a Vogue Ball, this work connects its audience directly into its advocacy of self-defence, self-love and self-preservation.  Don’t expect to remain sedated and docile like passive voyeurs.  It’s not that kind of party.  FEMSLICK stays fucking up the patriarchy, one Caucasian space at a time.

FEMSLICK is produced by FAFSWAG Arts Collective and funded by Creative New Zealand.