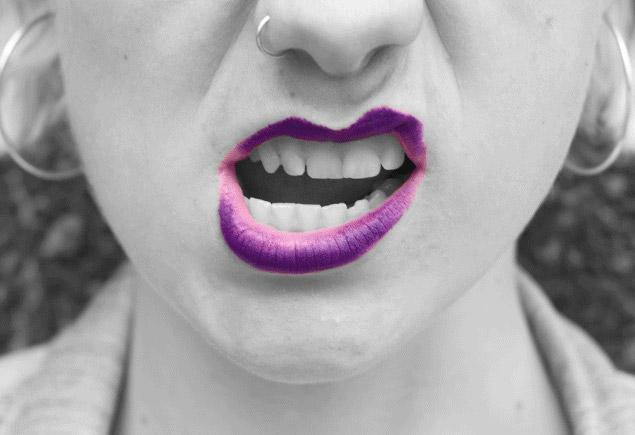 They’re not this year’s trend and they’re not your niche market.  They don’t earn enough to give a shit about your GAYTMs.  They’re angry, they’re in love, and they’re about to get messy as fuck.

In 2015, Police and Corrections staff marched in uniform for the first time in the Auckland Pride Parade.  Three individuals jumped the barrier with a banner that read ‘No Pride In Prisons’ to protest the inclusion of those who often enact violence against us.  One of the three, a young Māori transwoman, was tackled to the ground by security and had her arm broken.  She spent her Pride in hospital.

The next year, the same debates that had divided the community so sharply rose to the surface again.  People argued that to be inclusive, a Pride Parade must include everyone – including heterosexual Police and Corrections staff – while others pointed out that the inclusion of some automatically meant exclusion of others.  Over 200 young people protested the Auckland Pride Parade, bringing it to a halt.  They demanded change.

There’s a lot of discussion about what the 2017 Auckland Pride Parade is going to be like.  Are young queer and trans people going to have a voice?  Or will it simply be rolling out the old stories about coming out and Grindr that almost always centre around cis white gay men.  We want to push further, we want to push harder, and we want to create something that is raw, that is honest, that creates a new narrative, and that truly reflects the diversity of our communities.

We are interested in the connects and disconnects of our communities’ stories.  We want to find out what happens when a brown trans person from South Auckland tells their story in concert with a white cis queer woman from the North Shore.  We aim to unearth startling intersections through poetic collision.

Contains violent language, references to suicide and drug use, and sexually explicit themes