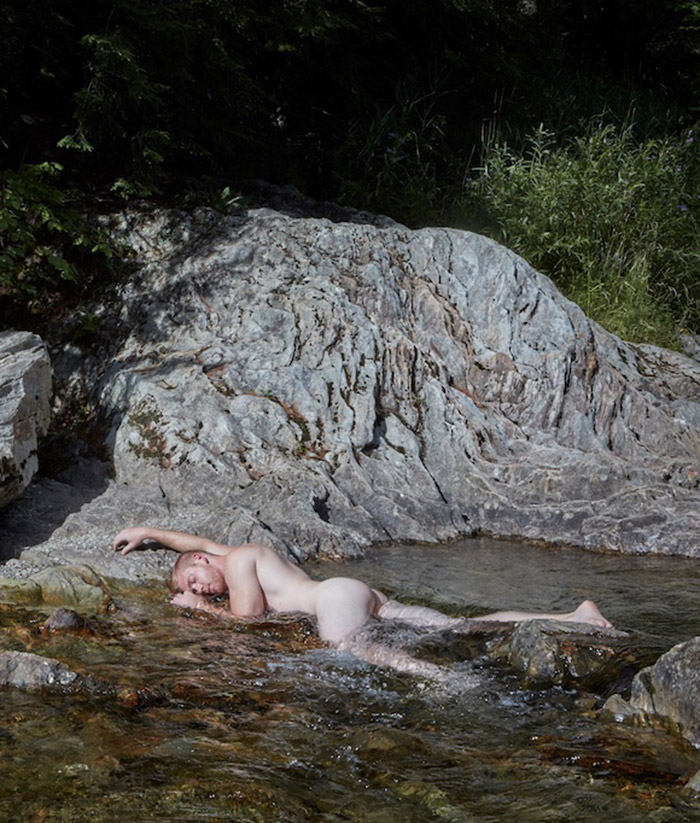 Take Me To The River

In 2015, photographer Russ Flatt won the Wallace Arts Trust Vermont Residency.  He spent his time in the US photographing men and women outdoors, nude, in beautiful landscapes that reminded him of New Zealand bush.

“I met the subjects via Craigslist”, Flatt writes.  “I asked for models of any race, age, body type or gender, and the images were a response to a Utopian/Arcadian ideal.  This is what we could have, and be, without the influence of modern culture and materialism.  At the same time, the photographs felt like an extension of my 2014 Cruising series.  What are the people in the images doing?  Who or what are they waiting for?  And might they be there for anonymous encounters?”

Significantly, Vermont’s public nudity law states that while “public disrobing” is illegal, it is perfectly legal to be naked in public, “if you are naked when you leave your home”.

Also of significance, the Take Me To The River series of photographs were created during a period that coincided with the Orlando gay nightclub shootings and the US presidential campaign’s charged – and often homophobic – political rhetoric.

Take Me To The River