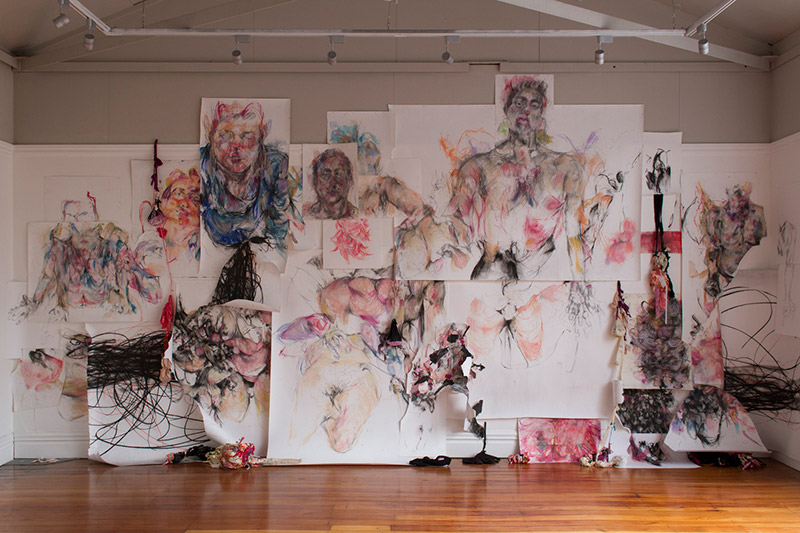 When you do not see your body, desire or sexuality represented, it is imperative that you represent it yourself, and as honestly and in as much of its complexity as you possibly can.

We Don’t Have to Be the Building was made to commemorate the 30th anniversary of Homosexual Law Reform, and looks at the past, present and future of queer female sexualities and activism.

The show features drawings and sculptures from We Don’t Have to Be the Building – as well as a new work, Intimacy Stages / Active Empathy, of which you can be a part!

Through individual reflection, collaborative writing and art making, this show acknowledges the slippages, strangeness, and mass of embodied experience.

Large-scale posters of We Don’t Have to Be the Building will also be popping up around town during Auckland Pride!