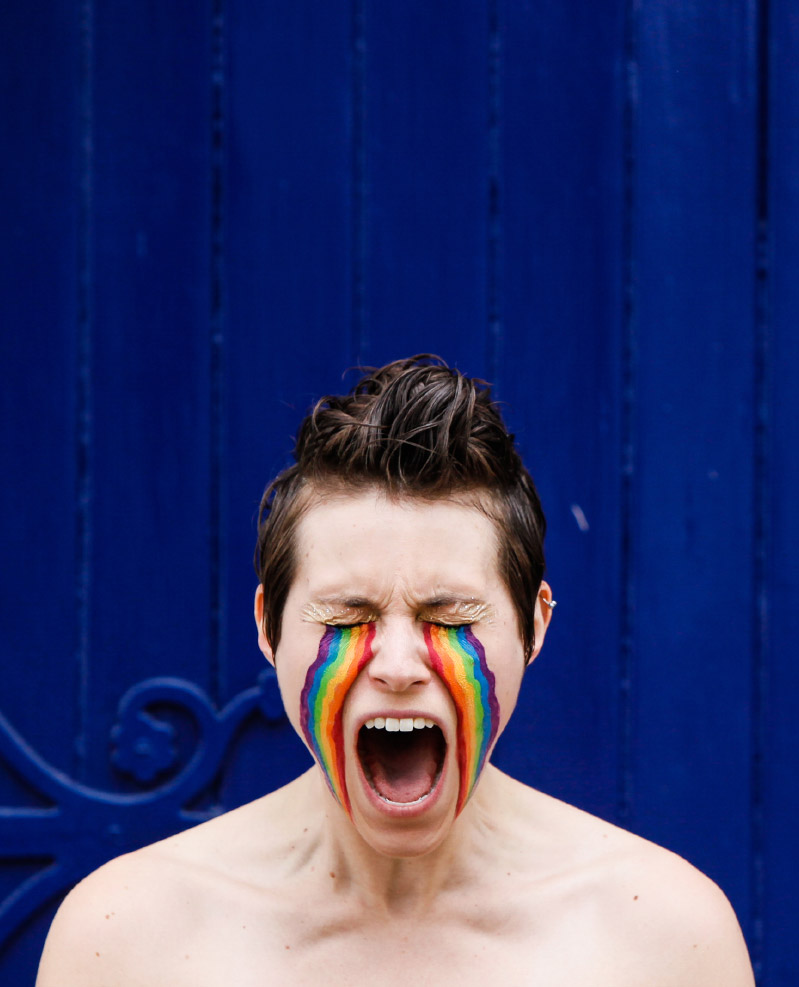 “Ze” (a gender neutral pronoun) rips the bandage away from zir puritanical American upbringing in a multi-layered and international coming out process. Along the way, ze discovers a beloved community that at times is just as ridiculous and pigeonholed as the one ze’s left. Michelle/Ryan both uses and parodies the labels meant to help an individual embrace their truth in a modern world desperate for definition.

“Ze” confronts stereotypes both within and without in a Pride-worthy celebration that exposes the complex tension between being authentic to oneself and belonging.

“Journeys its audience through a world of labels unlike ever before.”
– Montreal Rampage

“A raw and incredibly intimate journey that should be compulsory viewing for the fainthearted, the timid, the binary-obsessed, the religiously-driven… it may well change your life.”
– Theatreview

“The affirmation you didn’t know you needed.”
– Mooney on Theatre